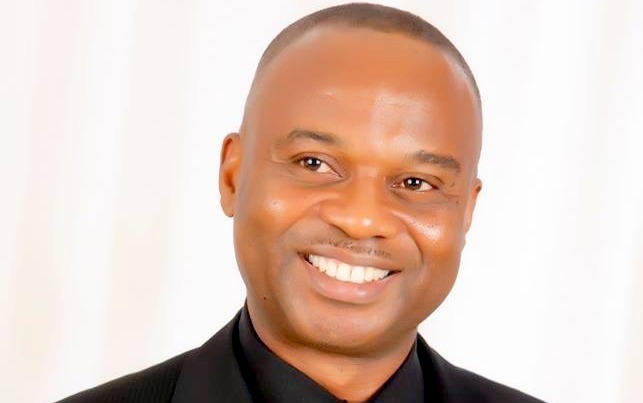 Posted at 16:04h in All Posts by webmaster 0 Comments
0 Likes

Sovereignty means having undisputed ascendancy; possessed of supreme power, absolute knowledge and unlimited in extent. The meaning of the word suggests an absolute reality. God’s sovereignty is an essential platform for an accurate Kingdom perspective. The concept of God’s sovereignty is not new to us but the actions and reactions of most believers to events in the earth contradict our acceptance of this.

1. Sovereignty of God as a ‘Veto’ Facility

The big underlying problem with all these misconceptions about the sovereignty of God is the limitation they impose on Him because of our lack of sight. As a veto facility, it implies that whenever something doesn’t sit well with God, which maybe He never thought of before and was not explicit as to whether it is His will or not, He simply vetoes it because He has a veto power. However, ‘known to God are all His ways from the beginning’! God is not arbitrary, and He is not inconsistent with His plans and actions. Therefore, He doesn’t need a veto facility to arbitrarily make up for the gaps in plan and action when things didn’t go according to His plans. HE knows the end from the beginning; and He has no gaps in His plans and actions. He is perfect in all His ways – His thoughts, plans, timings and actions.

2. Sovereignty of God as a Counter-Response to the Enemy’s Actions

Known to God from before times are all the actions and inactions of the devil! God allows the devil to operate within certain permissible boundaries and parameters whether the devil likes it or not. Job’s issue is one such instance. Besides, the devil services the purposes of God in more ways than we can imagine or love to accept. He killed Jesus Christ who was ordained by God from the foundation of the earth to be slayed as a sacrificial lamb for the sins of the whole world. Therefore, the sovereignty of God cannot be evoked as a counter response to the enemy’s actions. The devil knows too well as not to cross the line which God has set for him. Well, the devil has never been a threat to God and His plans for the planet. God’s actions are never a counter response to the devil’s actions; it is the other way around. If our prayers are always a counter response to the plans of Muslims fundamentalism, then something is lacking in our sight of God. Our prayers must always be initiated from ABOVE and not from events of the earth. Do not get me wrong; we pray about events happening around us. But our interpretation of the events around us must be piloted by our understanding of what heaven is saying about them else we will keep praying amiss and be engaged in meaningless activities. No activity of the devil takes God unawares, He knows them long before the devil undertakes them.

3. Sovereignty of God suited only to the Purposes of the Church

The sovereignty of God is not limited to the affairs of the church only but extends to all His created universe. The power of God is not only seen and manifested inside the church, but His power is seen as He administers the nations, the global economy, the weather, and in science and technology. He rules in the affairs of men and He is the Governor of the Nations. He is solely in charge of times and seasons of the earth, the rise and fall of kingdoms and who comes to power within a geographical sphere and at what point in time. He spoke about Cyrus, Alexander the great and his four generals, Julius Caesar in the book of Daniel long before they were even born. He is presently still administering the nations of the earth as He ushers them to the threshold of judgment; He is the Sovereign God. He is still determining who comes to power over the nations of the earth, and at what point in time, despite our political systems and the manipulations of men.

When we cannot see the power of God in the affairs of the nations of the earth (and Nigeria) for whatever reasons, it is a CONCEPT LIMITATION of our understanding of God. When we can recognize the Power of God in the activities of the church and cannot recognize same in Science and Technology, then it limits how effectively we can partner with God to finish His purposes for the earth. The ONE SINGULAR PURPOSE OF GOD for the earth is presently exerting a very tight grip in the ‘Trump phenomena’ of the USA, the BREXIT of the UK, the ‘yellow vest’ movement of FRANCE etc. and it is equally exerting a very tight grip on the political affairs of Nigeria. If all we see is the dominance of Muslim Oligarchy (which is an earthly reality) in Nigeria, then our sightline of God’s Sovereignty is deficient.

4. Sovereignty of God as Agent of ‘Beneficial Outcomes

God directs every event of providence as He administers times and chance. However, He faithfully sends us rain as well as the sun in their due seasons; night seasons as well as mornings of joy. But His sovereignty is far bigger than this narrow bandwidth of activity that believers see as everything. He remains sovereign even when outcomes are not personally beneficial as we expect them or ‘beneficial’ to the church.

Isaiah 6:1- In the year that King Uzziah died, I saw the Lord sitting on His throne, high and lifted up, and the train of His robe filled the temple. And one cried to another and said: “Holy, holy, holy is the LORD of hosts; The whole earth is full of His glory!”

“In the year that King Uzziah died” (Earthly crisis in the Nation of God): Uzziah was a very godly king that had so much of God’s favor and built a mighty military complex that brought so much glory, fame and superiority of Israel to the surrounding nations. He overreached himself and God struck him with leprosy, and he died prematurely.

I saw the Lord sitting on a throne (Certainty of rulership): Negative outcomes in the earth didn’t impinge on His Sovereignty. He was still seated on His throne.

High and lifted up (Undisputed ascendancy): He was still in full control and still had full options on what to do with the crisis situation in Israel. Afterall, He was the One that killed Uzziah for overreaching himself.

And the train of His robe filled the temple (Unlimited scope and reach of authority): The devil and the enemy nations of Israel did not suddenly have advantage over them, even though Israel and Isaiah were mourning over the loss of the shining light of their nation.

Earthly crisis in the very nation of God still saw the certainty of God’s rulership superintending indisputably not only over the affairs of Israel but over the nations of the earth. The reach and scope of His undisputed ascendancy is borderless. Earthly crisis should never question the certainty of His sovereignty in our hearts. And one cried to another and said: “Holy, holy, holy is the LORD of hosts; the whole earth is full of His glory!” Sight from the earth was, ‘crisis and confusion’; but in contrast, sight from above was, “the whole earth is filled with the glory of God! Most believers today cannot sincerely see ‘the glory of God’ in the political space of Nigeria; we only see increasing crisis upon crisis and much confusion.

Matt. 13:24-30, 37-43
24 Another parable He put forth to them, saying: “The kingdom of heaven is like a man who sowed good seed in his field; 25 “but while men slept, his enemy came and sowed tares among the wheat … 30 ‘Let both grow together until the harvest. 38 “The field is the world, the good seeds are the sons of the kingdom, but the tares are the sons of the wicked one. 40 “Therefore as the tares are gathered and burned in the fire, so it will be at the end of this age. 41 “The Son of Man will send out His angels, and they will gather out of His kingdom all things that offend.

v.30- “Let both grow together until the harvest” was an executive decision that affects the maturation of both good and evil. vv.38,41- “The field is the world”! yet, “they will weed out of His kingdom …”

The above parable outlines a scope of authority to act that makes no distinction between the world and the kingdom, between wheat and tares. All that seems to matter is God’s purpose, which encompasses and governs all.

We must divest ourselves of wrong concepts about God’s sovereignty that we hold, about His rulership authority and the nature of His involvement in the affairs of the planet if we must be able to partner with Him and represent Him accurately as HE wraps up the age. A firmly negotiated understanding of HIS SOVEREIGNTY is the platform upon which we must stand to complete His purposes. God is tightly superintending the affairs of the entire Planet to achieve The Finish.

Brendy Mba is the Senior Elder of New Tribes Assembly, a.k.a. Gadites Community, based in Abuja Nigeria. He can be reached via brendy_nta@yahoo.co.uk